IBIZA - THE HYPE AND THE HOOPLA

" I live for the Nights I won't remember, with the Friends I will never forget'', and that sums up all that is Ibiza, the 'Ecstasy Island'. The word Nightlife is synonymous with IBIZA. Innumerable songs have been devoted to this emerald Balaeric Island in Spain, the land where electronic music is said to have originated and the land which is a hotbed of wild parties and crazy clubbing. That Ibiza is also a UNESCO World Heritage Site is a different story altogether.
Pardon me if I sound a little aloof, somewhat disengaged, describing without being too attached, discount me, because what else would you expect from someone who is a teetotaler, whose husband has two left feet and who would almost always prefer,if given a choice, to grab a lounger and a book rather than those passes to a Rock Concert in the neighbourhood. But then being the traveller I claim to be ( to be honest, I don't mind the tourist tag any longer), Ibiza had long been on my to do list and so here I was, in the Entertainment Capital of the world, husband and my teenage son in tow ( yeah! I know..) 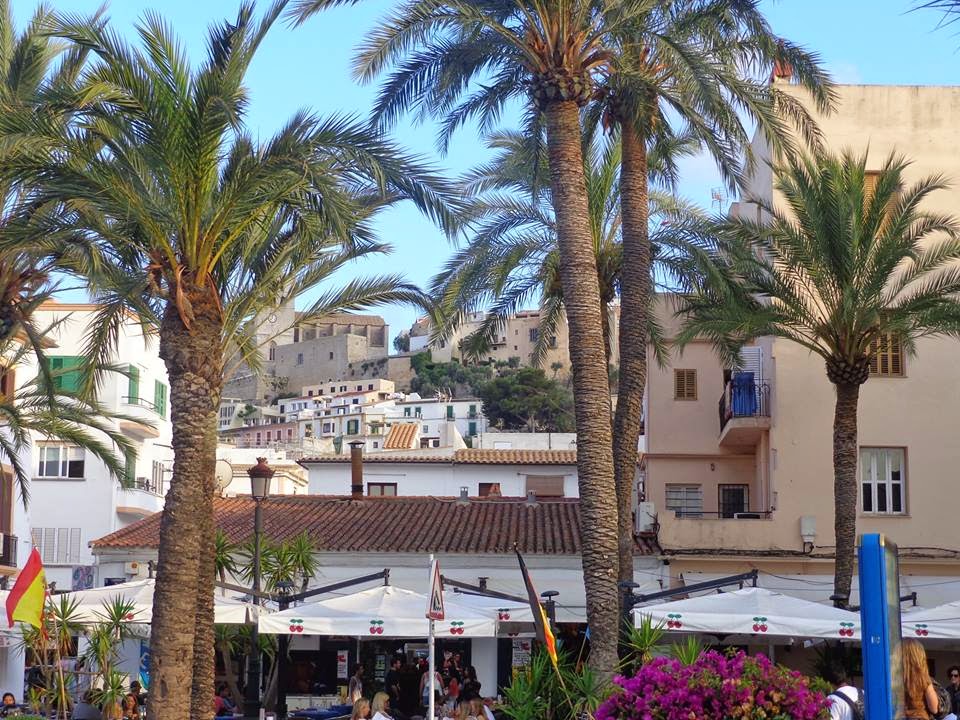 Ibiza is known for the razzmatazz, the glitzy summer clubbing scene, the wild theme parties but there is so much more to see, to discover and experience. It is like being at two different places in one, the contrasts are stark; the Old Town with its cobblestoned pathways, whitewashed villas, quirky boutique stores, the coastline dotted with innumerable sail boats and a handsome spattering of intimate cafes along the promenade, is a delightful glimpse into the Spanish way of life. The formidable ramparts of the moorish castle look magnificient lit up in the night while the cute little lighthouses are picturepostcardusque. 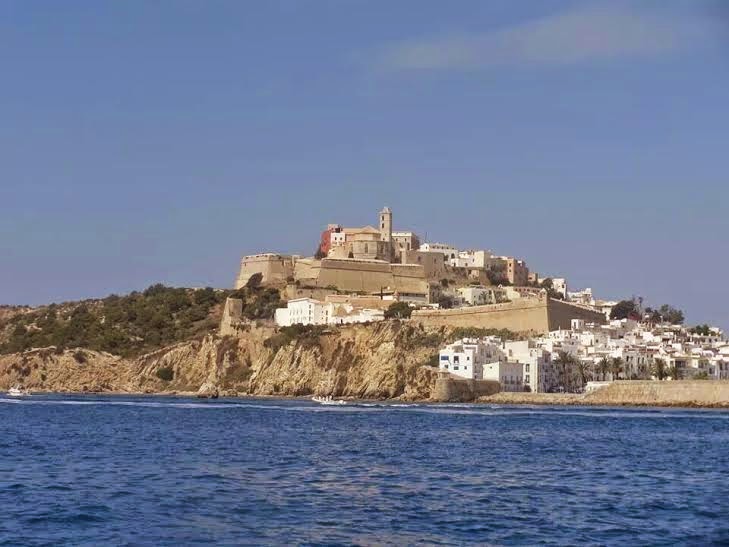 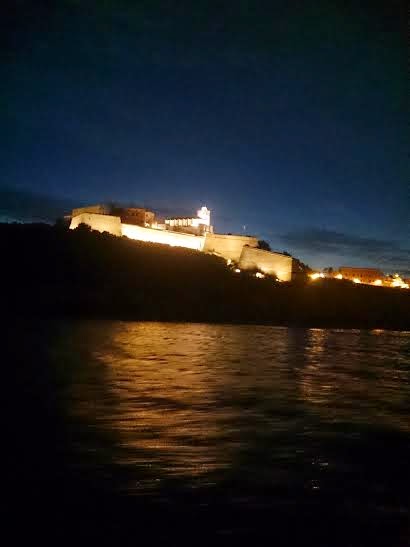 The streets are filled with makeshift pubs, flyers luring tourists to nightclubs pasted everywhere, be wary of shady salesmen buzzing you constantly with offers of free drinks with club entry tickets. I should now post the first of the warnings- Go only for reputed clubs like Paccha, Amnesia or Privilege to name a few. Most of the action takes place around two hubs- Ibiza Town , Playa d'en Bossa which has a more cosmopolitan vibe and then there is San Antonio catering to the British uber. The tickets cost anywhere from $30 to $90 while a drink would cost around 20$. BEWARE of fake tickets and hideous sales counters and if you have no choice left in the entire universe, only and only then board the Disco Bus which plies through the night. You can save some money by buying tickets online or opting for PreParties showcasing DJs who would be playing later. Boat parties are another fancy way of cutting your losses. Though, the clubs are open seven nights a week and all seven nights feature different themes and music; the party scene begins to heat up only by May and come October  all tourist centres quieten down a little but not before some flashy closing parties make the round.While Privilege is the largest club, Space and Bora-Bora give you the oppurtunity to party even during the day. Paccha is the oldest club and built like a Tunisian temple, the guest list here boasts of Ursula Andreas and the Rolling Stones. Other than these and a handful more of the swish and swanky ones, I wouldn't suggest the dark, sweaty, overcrowded, asphyxiating dungeons to anyone except hardcore partygoers who are already past discerning the discomfort of it all. Some of the good ones don't fail to impress though, with some mind blowing theme nights replete with street performers, costume parades (be prepared for some very naughty costumes or none at all..) and International dance troupes. The parties go on until dawn, I wouldn't be exaggerating if the noon sun greets you through the glass roof.Ibiza is like a 24X7, round the year festival. The guilt free extravaganza of wild beach parties and in your face exuberance, the carnival like spirit draws you like a magnet, leaves you hypnotized. Being a bystander is not a choice, you have to become a part of it else the strangeness of it all will alienate and disengage you, will leave you feeling awkward and unsure. 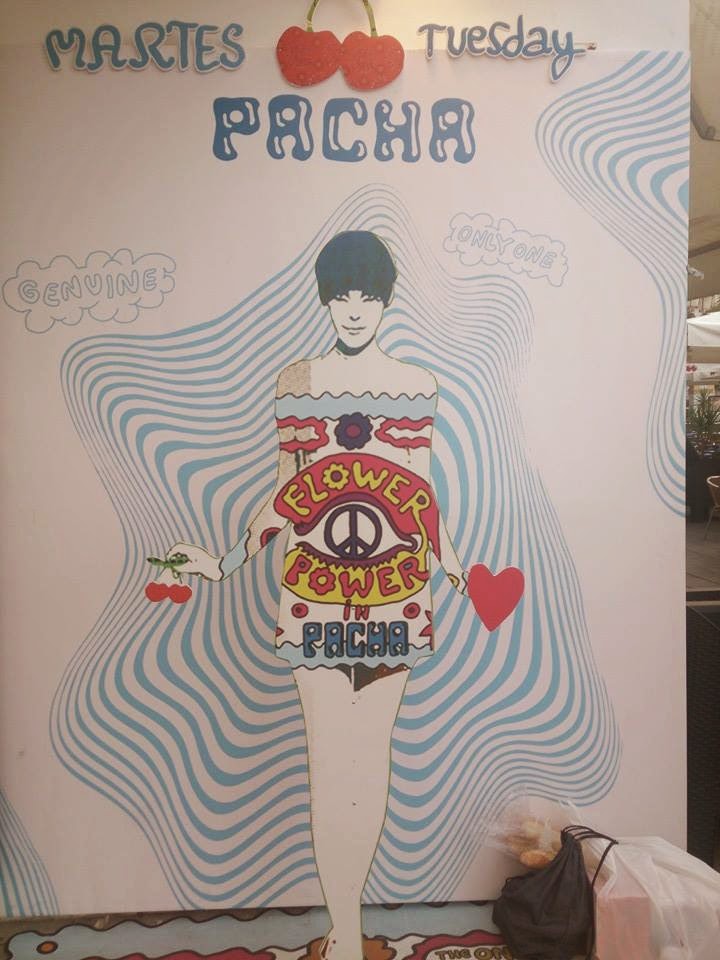 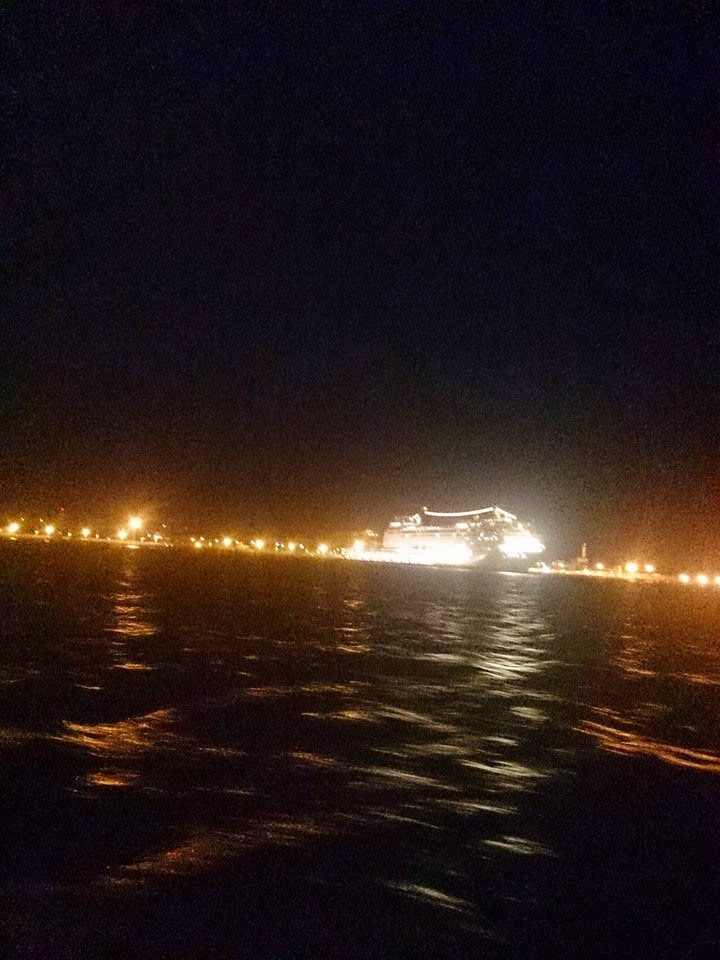 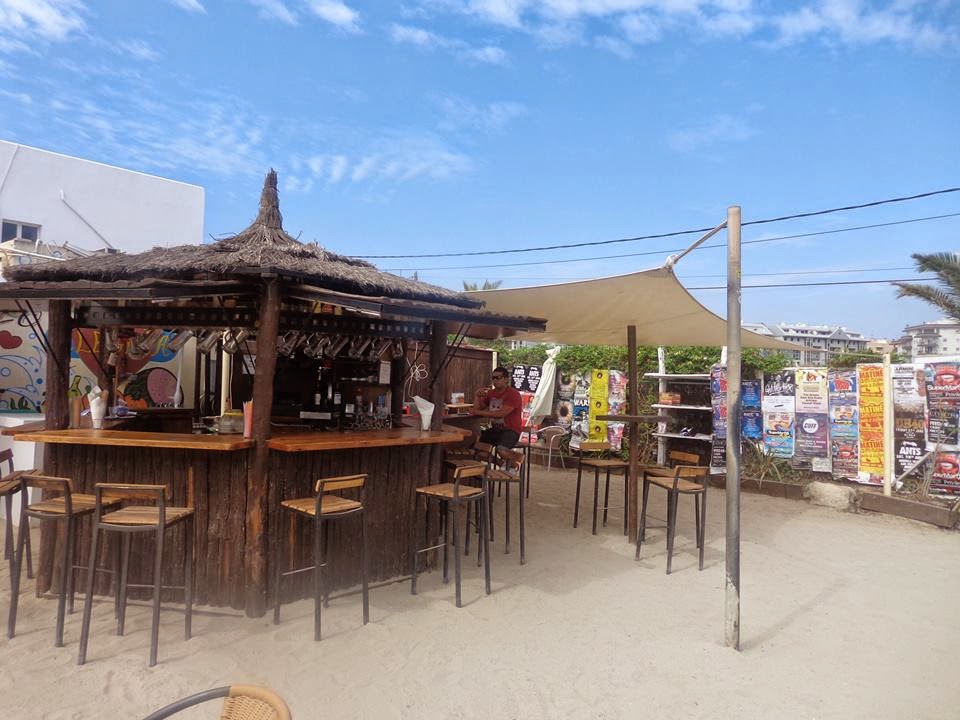 For the fainthearted, let me suggest a leisurely stroll through the charming old town, the Dalt Villa or High Town as it is known, or a romantic boat ride exploring the island with its secret smuggler's coves, salt lakes and long curved sandy beaches. 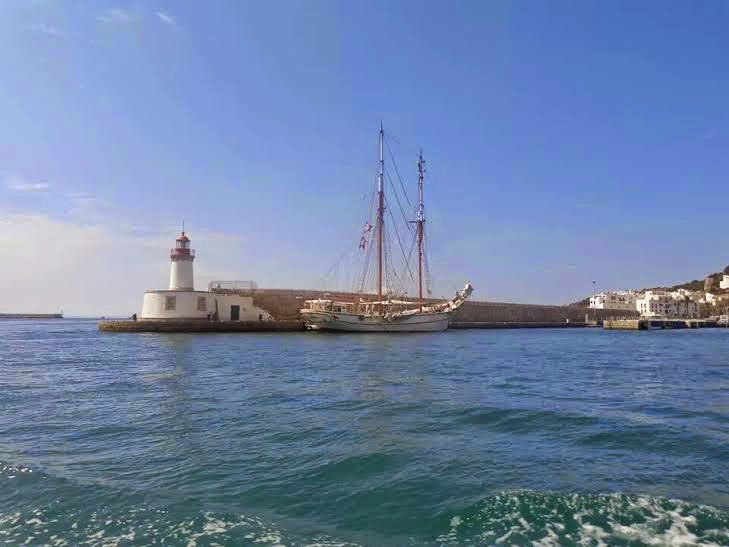 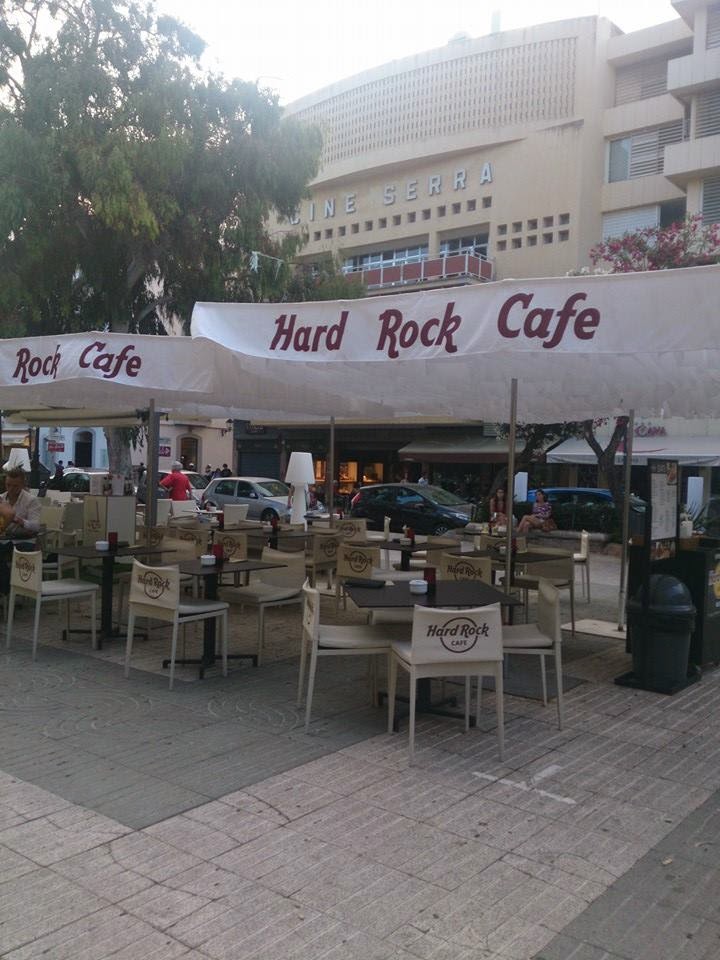 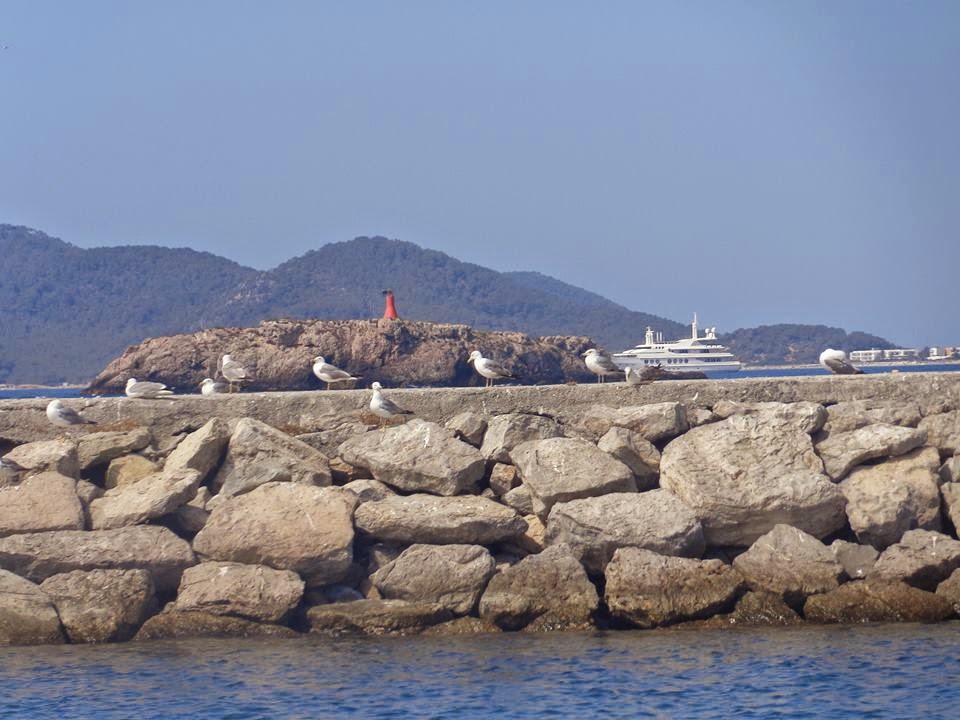 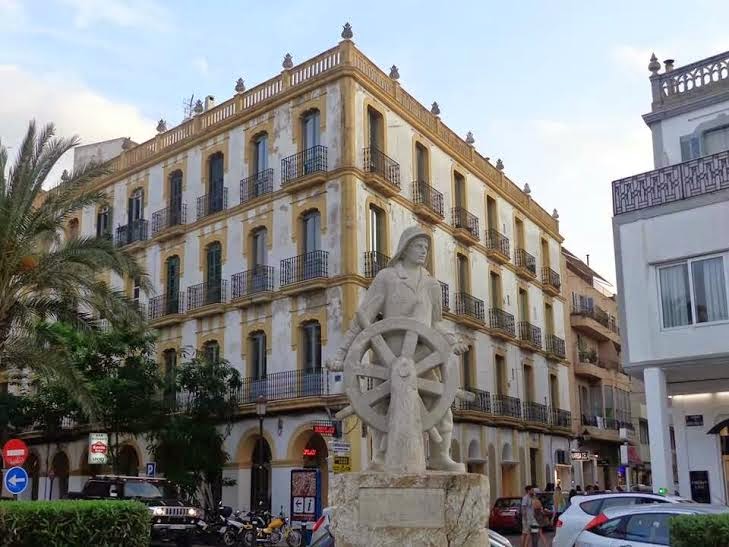 Take a pick from taking a trip to Formentera, another pristine blue gem some forty minutes away by ferry or visiting the Archaelogical Museum and Clock Tower. Or simply watch the sun paint the sky in several hues of pink as it bids farewell for the day. Find a quiet beach for that, we found Talamanca. 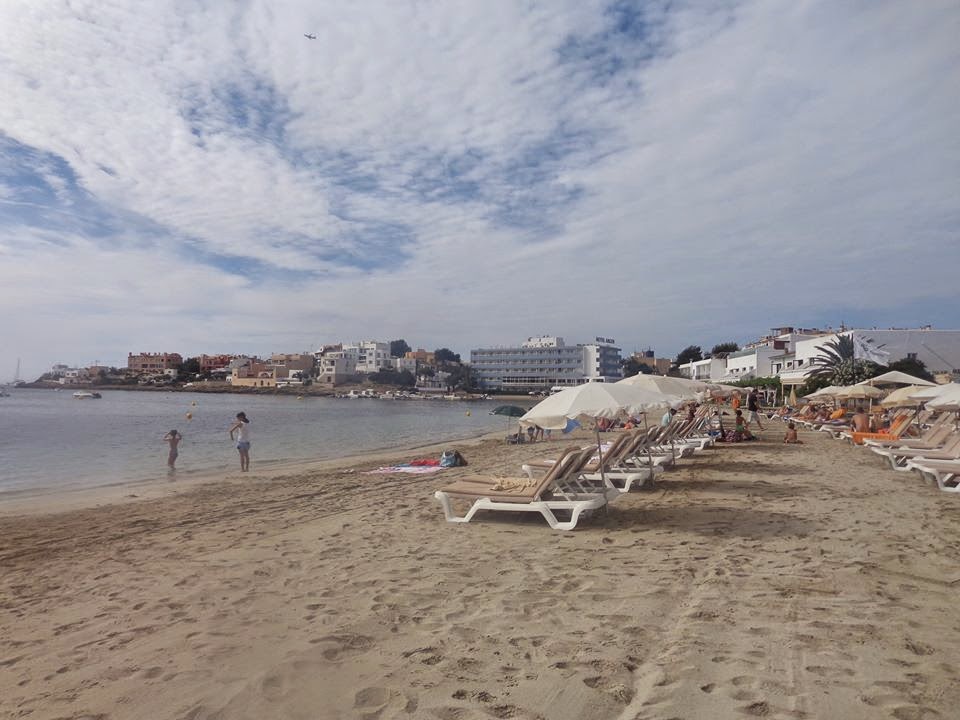 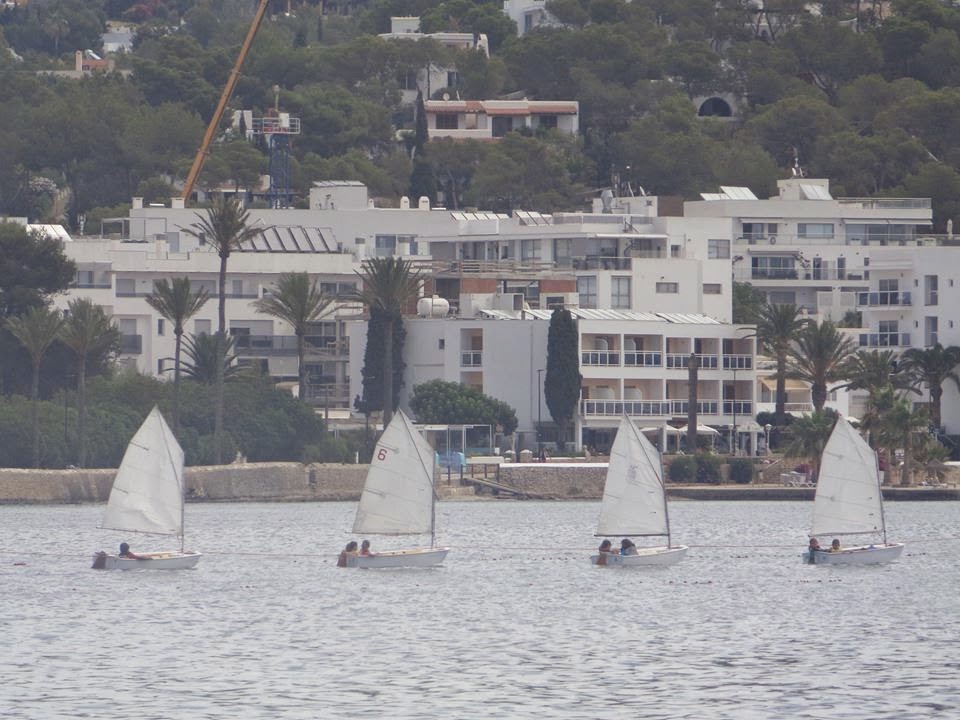 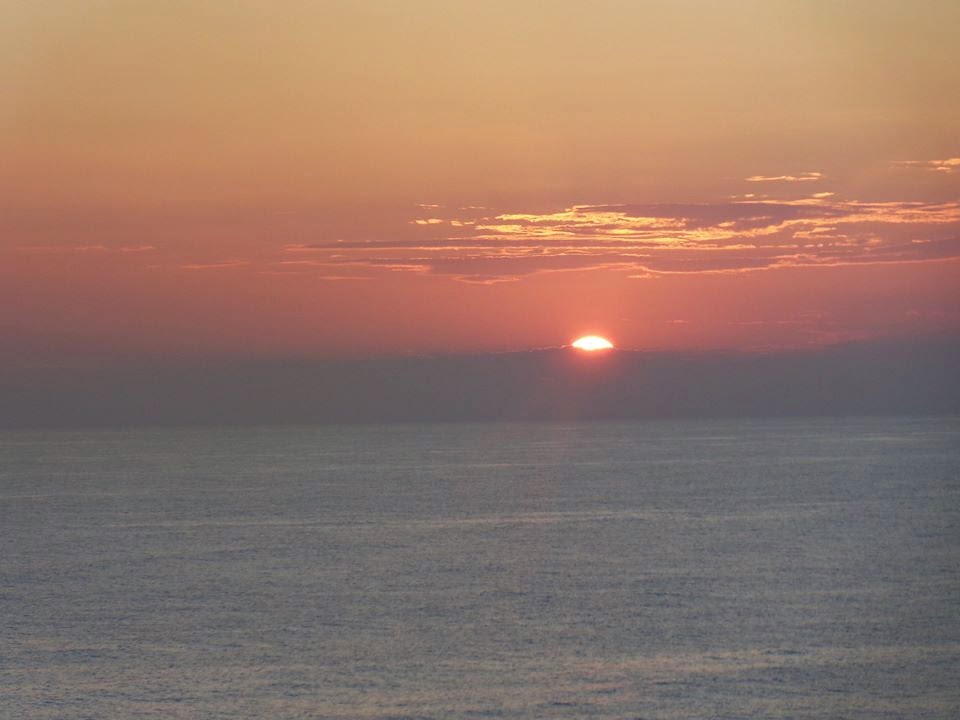 But again, if you are going only for soaking in some Island sun or want to walk through the rich Spanish History, check out Mahon or Mallorca instead ( In my head I might be thinking, ''you must be crazy to do that'' but seriously, if you are not a party freak, Ibiza won't mean the same to you). Also, it is a destination to do with friends, probably the only beachy affair where friends out do romance.
Ibiza is not your run-of-the-mill destination and expectedly needs special travel plans. A short but usually choppy flight from mainland Spain aboard a low cost carrier is how most people arrive, then there is the option of a painful and long 9-10 hour ferry from Barcelona, though,you can choose to cruise aswell like we did.(P.S. Most of the big luxury cruise liners offering Ibiza on the itinerary, stop overnight and so there is no threat to the party frenzy you had always dreamed of, you still get to wake with that nasty hangover, hit the family beach in case you still care and go for that lazy stroll along the esplanade.) For those looking for a luxury stay can check out La Torre Del Canonigo with amazing views of the coastline of port Eivissa aka Ibiza Town. The Ushuaia and Ushuaia Towers offer a more International vibe.

Go. Because even Nostradamus wanted you to.

P.S. It is believed that Nostradamus predicted that " Ibiza will be Earth's only refuge after Armageddon". And his prophecy had nothing to do with Ibiza 'culture' but because of something very scientific like prevailing wind patterns.

Dr. Deepti Singh Gupta
A botanist by education, lecturer by profession and Traveller in spirit and soul. Privileged to have a family who shares the passion of discovery and exploration. Besides a number of academic articles published in International journals, a few short travel write ups of mine have made it to magazines and sites like Lonely Planet, National Geographic Traveller, Happy Trips, Make My Trip. I am an avid blogger, a keen traveller and a thorough nature lover.( So proud of my district level awards for growing miniature roses!) I also contribute as content writer for sundry online education programs and am co-founder of an online medical entrance test module site. My association with Rotary challenges me for aggressive social participation, I am a Paul Harris Major Donor and Past President Rotary E-Club,Distt3010. I have now started curating Travel Photography exhibitions in the name of Postcards From Paradise and dream of coming out with a Coffee Table Book soon.